Unit I: Physical World and Measurement

Chapter—4: Motion in a Plane – Scalar and vector quantities; position and displacement vectors, general vectors and their notations; equality of vectors, multiplication of vectors by a real number; addition and subtraction of vectors, relative velocity, Unit vector; resolution of a vector in a plane, rectangular components, Scalar and Vector product of vectors.
Motion in a plane, cases of uniform velocity and uniform acceleration- projectile motion, uniform circular motion.

Unit V: Motion of System of Particles and Rigid Body

Chapter—7: System of Particles and Rotational Motion – Centre of mass of a two-particle system, momentum conservation and centre of mass motion. Centre of mass of a rigid body; centre of mass of a uniform rod. Moment of a force, torque, angular momentum, law of conservation of angular momentum and its applications. Equilibrium of rigid bodies, rigid body rotation and equations of rotational motion, comparison of linear and rotational motions. Moment of inertia, radius of gyration, values of moments of inertia for simple geometrical objects (no derivation). Statement of parallel and perpendicular axes theorems and their applications.

The record, to be submitted by the students, at the time of their annual examination, has to include: 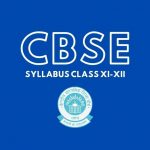 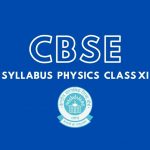 Table of Contents Show Srinagar’s Amar Singh College conservation project recognised with UNESCO award.5th edition of the annual…
byEdvnce
By clicking “Accept All”, you consent to the use of ALL the cookies. However, you may visit "I'll Choose" to provide a controlled consent.
I'll ChooseOkay
Manage consent