Here is the IPL Winners list from 2008 to 2021. Indian Premier League was born a year after India won its first World T20 against Pakistan in an exciting final. A project that started 11 years ago is now regarded as the best Twenty 20 league in the world. In addition to winning the tournament five times, the Mumbai Indians have placed runners-up on one occasion. The other team to win the IPL four times is Chennai Super Kings, who have finished second once. Indian Premier League 14th edition was won by Chennai Super Kings against Kolkata Knight Riders at Dubai International Stadium today. Chennai Super Kings win their 4th IPL title with their victory in IPL 2021.

Check out the IPL Winners List by most title wins.

The table below contains information on the IPL champion, runners-up, venue, players of the match, and players of the series. The following table shows the IPL Winners List from 2008 to 2021.

With this list, you will learn more about sports in general.  Here is a detailed breakdown of the IPL Winners List, Runners Up, Venue, Team Numbers and Player of the Match and Series:

CSK won the Indian Premier League in 2021. Chennai Super Kings played Kolkata Knight Riders in the final of IPL 2021 on 15th October 2021, with CSK winning by 27 runs. In the final match of Dubai, KKR lost by 27 runs to CSK (192/3). This year’s IPl purple cap goes to Harshal Patel from Royal Challengers Bangalore who took 32 wickets. The young Indian player became the youngest player in the history of the Indian Premier League to win the orange cup.

The Mumbai Indians have won the IPL championship for the second consecutive year and the fifth time overall. Delhi Capitals played Mumbai Indians in the final. Mumbai Indians won this match by five wickets. They also won the Paytm Fairplay Award this year.

It was another clash of titans in the final of the IPL 2019. This time it was between the Mumbai Indians and Chennai Super Kings. Ultimately, it came down to the last ball. Shardul Thakur, who was hoping for one run to help his team win, was unable to counter Malinga’s off-cutter. This is the 4th time Mumbai Indians have won the championship. By winning their fourth IPL championship, Mumbai Indians became the most successful IPL team in history.

In addition to winning more than two trophies in this year’s IPL, Chennai Super Kings are the second team to do so. Veteran batsmen Ambati Rayadu and Shane Watson formed the backbone of the batting order. In most games, Dhoni provided best finishes. Having MS Dhoni, CSK’s captain, as well as Dwanye Bravo, who led CSK’s bowling attack, was a bonus for the bowling unit.

With just 8 runs separating them from Royal Challengers Bangalore in the final, Sunrisers Hyderabad won the match. As a captain, David Warner shaped the team’s journey through the season flawlessly. Almost all of RCB’s matches were defined by the Virat Kohli – Ab de Villiers partnership. The 16 innings he played yielded 4 centuries and 7 half-centuries for him. For the season, there can be no question who earned the orange cap.

In winning the title a second time after CSK and KKR, Mumbai Indians are the third team to do so. Mumbai Indians won the title once again due to their tactful balancing. The batting unit was led by Simons, Sharma, Rayadu, and Pollard. In the bowling department, Slinga Malinga commanded attention. Although Lasith Malinga took 24 wickets during the tournament, he did not win the purple cap for his performance. He was surpassed by Dwayne Bravo, who took two more wickets.

As a result, Kolkata Knight Riders become only the second team to win the IPL trophy multiple times. The 2012 final was won by Manvinder Bisla, but this time Manish Pandey went on to lead KKR to a huge total of 199. Pandey scored 94 off 50 deliveries. The orange cap went to KKR’s Robin Uthappa for scoring 660 runs in 16 innings.

During the Indian Premier League, Mumbai Indians’ hitman Rohit Sharma led them to victory. As part of the 2013 IPL, MI defeated Chennai Super Kings to win the championship. Their match performance was clinically balanced. As part of the starting lineup, players like Kieron Pollard, Lasith Malinga and Mitchell Johnson consistently performed well.

Chennai Super Kings were defeated in the final by the Kolkata Knight Riders. KKR batsman Bisla took the burden on himself to chase 190 in final and swashbuckled his way to 89 from 48 balls in a swashbuckling inning. In spite of Suresh Raina’s 73 from 38 runs to lead CSK to the title, the Knights defeated them.

This is the first time in IPL history that a team has won back-to-back finals. They defeated RCB, the batting titans of the tournament. Michael Hussey, Mr Cricket, ignited CSK’s batsmen throughout the match, playing some critical innings. CSK defended its title in large part due to Hussey and Vijay’s 159 run opening partnership against the Royal Challengers Bangalore.

A year after missing out on the inaugural trophy, MS Dhoni lifted his first trophy. From the beginning of the tournament, army were well-positioned for the title with Suresh Raina, Mathew Hayden, Albie Morkel, Muralitharan, and Dhoni himself. Through the entire tournament, Suresh Raina provided the backbone of the team’s batting line-up. He lit up CSK’s road to glory in its final against the Sachin Tendulkar led Mumbai Indians with his not-out 57 from 35.

Second edition of Indian Premier League won by Chargers led by Adam Gilchrist. Rohit Sharma, Herschelle Gibbs and Andrew Symonds were all excellent hitters for the team. Ragyan Ojha’s left-arm spin bowling contributed to the success of the team by picking up 18 wickets. Gilchrist scored 495 runs in 16 matches and was second in the overall list of highest run scorers in the season behind Mathew Hayden.

The Rajasthan Royals led by Shane Warne won the first edition of the Indian Premier League. Rajasthan Royals had a well-balanced team in the first edition, with experienced batsmen like Shane Watson and Graeme Smith, explosive batsmen in the middle order like Yusuf Pathan and deceptive bowlers such as Sohail Tanvir. Yusuf Pathan played a match of his life in the final against the Chennai Super Kings, contributing both bowling and batting. The first thing Yusuf did was to take three wickets with run rates less than a bowl while scoring a quickfire 56.

The winner of IPL 2021 is Chennai Super Kings.

Who is the most run scorer in IPL?

The captain of Royal Challengers Bangalore, Virat Kohli is the top run scorer in the history of IPL with 5878 runs.

Who is the highest wicket taker in IPL?

Lasith Malinga from Mumbai Indians took the maximum number of wickets in the history of IPL with 170 wickets.

Name the player who hit the most sixes in IPL history?

Chris Gayle leads the chart of the highest number of sixes in IPL with 349 sixes.

Who is the best captain in IPL?

Mumbai Indians’s Rohit Sharma is the best and most successful captain in IPL and has 5 titles.

Mumbai Indians (MI) was the winner of IPL 2020. it was the 5th time MI won the IPL title under Rohit Sharma’s captaincy.

Which team is maximum time runner up in IPL?

Chennai Super Kings is the 5 time runner up in IPL.

Mumbai Indians is the most successful team in IPL history, having won five times while the Chennai Super Kings won the trophy three times.

Indian Premier League (IPL) is all set to begin in India from 9th April 2021.

Which player won most IPL titles?

Rohit Sharma has won the IPL titles 6 times. He has won it 5 times for Mumbai Indians and one time for the Deccan Chargers. 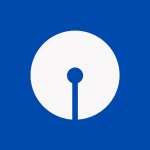 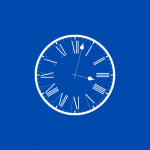 Major Rivers in Jharkhand in Hindi