Army’s infantry school in Mhow & DRDO’s Armament Research and Development Establishment (ARDE) in Pune have designed & developed the weapon. It sports an upper receiver made from aircraft grade Aluminium and lower receiver from carbon fibre.

Likely to have production cost under Rs 50,000 each

No foreign leader as chief guest on Republic Day this year

For the first time since 1966 India will not host a Head of Government or Head of State during the Republic Day parade. President Ramnath Kovind will take the salute at the parade this time. There were no chief guests in 1952 and 1953 as well.

Indonesian President Sukarno was the first chief guest in 1950

This fixed-wing drone, capable of vertical takeoff and landing, can be deployed at high altitude and harsh environments for day-and-night surveillance.It is man-portable and has the highest time on target compared to any other UAV in its class.

Park is a first of its kind initiative in the country, to bring awareness on fire safety measures. ‘AgnishamaSeva’ portal of Odisha Fire Service was also launched through which 16 fire related services can be availed in a hassle-free manner.

National Innovation Portal(NIP) is currently home to about 1.15 lakh innovations scouted from common people.NIP is a step towards Atmanirbhar Bharat & an excellent resource for students,entrepreneurs,MSME’s,Technology Business Incubators (TBI’s) etc.

Army Day is celebrated on January 15 every year to mark the day when (then) Lieutenant General KM Cariappa took over from General Sir Francis Butcher as Commander-in-Chief of India on January 15, 1949.Tribute to those who sacrificed their lives are paid.

CollabCAD provides a total engineering solution from 2D drafting & detailing to 3D product design for students and faculty of engineering graphics curriculum. It is first indigenous tool created by NIC in partnership with BARC and VSSC.

Comprehensive e-book on CollabCAD 3D modeling was released too.

Bob Swan, who became the company’s chief executive in early 2019, will be replaced in mid-February by industry veteran Pat Gelsinger. Gelsinger has been the CEO of VMware and has more than four decades of experience in the tech industry.

PMKVY is flagship scheme of MSDE implemented by NSDC.This phase will focus on new-age and COVID-related skills. 729 Pradhan Mantri Kaushal Kendras, empaneled non-PMKK training centres & more than 200 ITIs under Skill India will be rolling out PMKVY 3.0.

Aggarwal,who is the Managing Director and Promoter of Delhi-based Paramount Communications Ltd., cable manufacturer, was elected TEPC’s new Chairman. He will take over from Shyamal Ghosh, ex-Telecom Secretary.

TEPC setup by GoI to promote export. It is based in New Delhi.

Financial assistance to distilleries producing first-generation ethanol from feedstocks, including cereals.Assistance will be given for capacity expansion, setting up of new ethanol distilleries or converting molasses-based distilleries to dual feedstock.

The scheme will attract an investment of about Rs 40,000 crore.

First flight to the newly constructed Hisar airport in Haryana from Chandigarh was flagged off under the Regional Connectivity Scheme – Ude Desh Ka Aam Nagrik (RCS-UDAN).This marks the operationalization of 54th airport under the UDAN scheme.

Incoming First Lady Jill Biden has named Indian-American Garima Verma as her digital director.Verma,born in India, grew up in Ohio & Central Valley of California. She served as an audience development and content strategist on the Biden-Harris campaign. 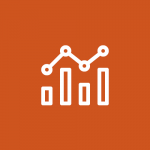 The energy policy of India is largely defined by the country’s expanding energy deficit and increased focus on developing alternative sources of energy,…
byChakradhar Kumar

झारखण्ड के प्रमुख उद्योग का नाम और स्थान तथा औद्योगिक विकास 1. टाटा आयरन एंड स्टील कंपनी TISCO…
byEdvnce
By clicking “Accept All”, you consent to the use of ALL the cookies. However, you may visit "I'll Choose" to provide a controlled consent.
I'll ChooseOkay
Manage consent